The world at your fingertips. 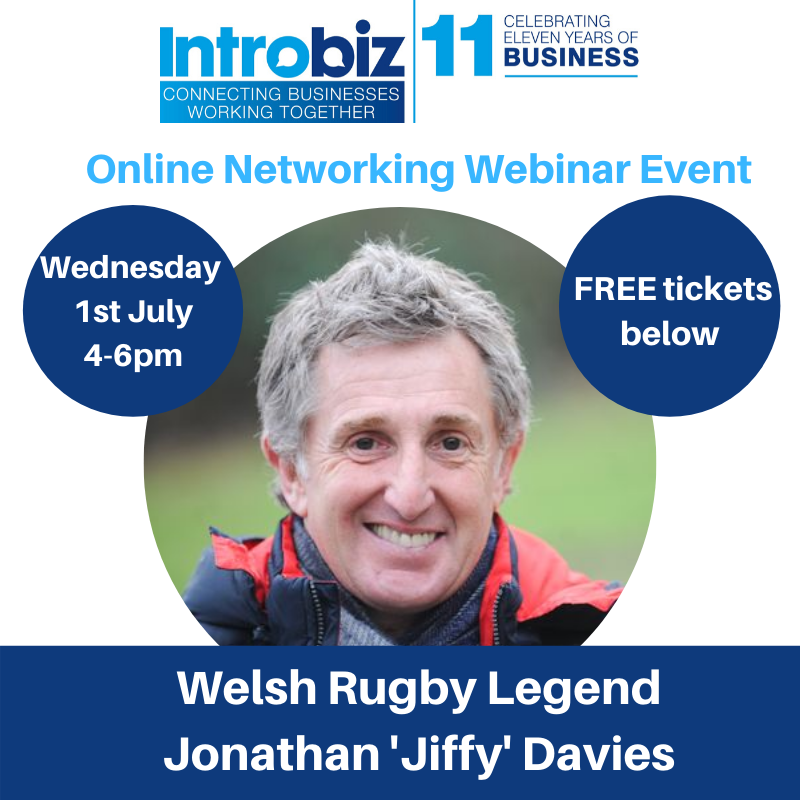 Join us for an Introbiz Online Networking Webinar Event, on Wednesday, 1st of July, from 4:00-6:00PM

Jonathan Davies is a former Welsh rugby player who played in the 1980s and 1990s and represented Wales in both rugby union and rugby league. He was named player of the 1993–94 season, winning the RFL’s Man of Steel Award.

Since retiring from rugby, Davies has worked in the media as a commentator and pundit in both codes, mainly for the BBC in both the English and Welsh languages. Since 2004 Davies has hosted his own rugby themed chatshow, Jonathan, on S4C. Davies was also the President of Super League side Crusaders until 2009. In 2015 Davies was awarded the OBE for his charitable services to people with cancer through his role as president of Cardiff’s Velindre Cancer Centre, where he has raised over £10 million!

Schedule for the event:

Tickets for this exclusive webinar are completely free – you can book your place below!

Would you like to connect people and host exclusive networking events in your town or city?
Find out more

Franchising.
Be part of a growing community.
Would you like to connect people and host exclusive networking events in your town or city?
Find out more
@Introbiz
Introbiz@introbiz·
3h